A player forgets to reveal information that he or she has been required to reveal in order to demonstrate that the action taken was legal. If revealing the card was optional, treat the decision (and any resulting infraction) as though the other option was chosen.

A. A player plays Worldly Tutor and places the card he searched for on top of his library without revealing it.

B. At the end of a game, a player shuffles her morph card back into her library without revealing it.

Failing to reveal a card prevents opponents from verifying that an effect was played correctly. While the error is easy to make, the potential for abuse is high and the DCI wishes to track players who repeatedly commit this infraction. Few of these errors can be caught before the exact information and location of the unrevealed information is lost. If the card was ever in a position to be uniquely identified (such as on top of the player’s library or the only card in hand), downgrade this penalty to a Warning.

If the card is still uniquely identifiable, reveal it to all appropriate players.

Failure to Reveal covers essentially two cases:
1) Searching for a card with a specific quality and not revealing it
2) Taking an action that would be legal only in certain circumstances without proving it.

The vast majority of cases that involve Failure to Reveal involve searching. Wizards of the Coast R&D templates the cards such that any time a card instructs a player to search for a card of a certain characteristic, they are required to reveal it. The searched-for card stays hidden only when there are no restrictions on the chosen card, such as Diabolic Tutor. Obviously there is insane advantage available if Traveler’s Amulet can become Diabolic Tutor.

Most of the time a player takes an action, it’s obvious why: some card or game action had an ability that says, “Do this” or “Do that”. Why does the player draw an extra card on their turn? Because Howling Mine makes them. There is some game object a player can indicate to prove that the action they took is legal. Rarely, the action is only legal due to something that only one player knows, and Failure to Reveal also stops players from taking those actions illegally.

The canonical example is Morph. If a player casts a creature face-down, the opponent has no way to immediately verify that they played that creature legally face-down. Therefore whenever those creatures leave the battlefield, or at the end of the game, the player is instructed by the game rules to reveal them and prove that the creature was legally played face-down. If they do not, they have committed Failure to Reveal.

What is not Failure to Reveal?

The name Failure to Reveal sounds obvious: a player was instructed to reveal a card and they do not, so they committed be Failure to Reveal, right? Not quite. Failure to Reveal is defined very specifically to only capture the case where revealing the card is necessary to prove that some action taken is legal. If a player is simply instructed to reveal a card and they do not, the infraction is a Game Rule Violation instead. The best example why is the interaction between Vampire Nocturnus and Howling Mine. When a player plays with the top card of their library revealed and an effect instructs the player to draw multiple cards, the player must reveal each card. How many players know this? It turns out the answer is “Not many,” and during one Standard season, many players earned themselves Game Losses this way. This did not fit in with what we wanted for Failure to Reveal, so the program changed it by defining it more narrowly.

The rules of Magic are set up to avoid players having to trust their opponents. And a good thing, too, since all those players are trying to beat their opponent. Paper Magic isn’t Magic Online; there’s no expert system forcing players to take only legal actions. And a judge can’t stand at every table and guarantee perfect technical play. If no cheaters ever played Magic, we wouldn’t need to reveal the cards we draw. But since the potential for cheating exists, Failure to Reveal guarantees that players do the correct thing with hidden information.

Why is Failure to Reveal punished with a Game Loss? Most of the games of Magic we play are out in the open: each player gets to see the spells and lands the other one plays. This is how we as a community detect cheaters. The problem with Failure to Reveal is that now things that should be public suddenly are hidden. And now, if one player does things illegally on purpose or even accidentally, the other player is deprived of their ability to catch those errors and prevent any problems. Committing Failure to Reveal consequently has a significant potential for advantage. Illegally manipulating cards in your hand or the cards you’re about to draw on the top of your library, in the case of Personal Tutor, is harder to detect and carries a more significant advantage.

Additional Remedy of Failure to Reveal

There are two different components to the additional remedy of Failure to Reveal. Sometimes we downgrade, and sometimes when we downgrade, we also reveal the card. 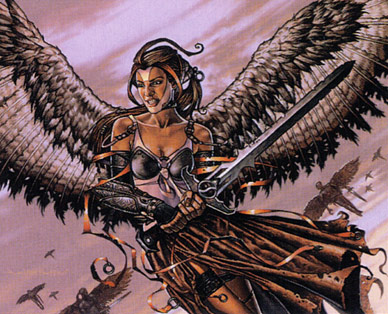 If the card is still in a position where it can be uniquely identified, reveal it. This makes sense. Assuming the game can continue, we reveal the card (to erase the potential for advantage) and issue a Warning (to deter the player from committing the infraction in the future). This is the least disruptive, best possible solution, second only to “everyone plays perfectly and no one commits any infractions ever”, aka fantasy land. Uniquely identifiable means that we can guarantee knowledge of what the card is. For example, the top card of the library, or the only card in a hidden zone (such as the hand). It is not sufficient to be the only card with the given characteristics in a zone with multiple cards (such as the only artifact in the hand), because we can’t guarantee that all players are honest.

Sometimes the card can’t still be identified. The card we tutored with Personal Tutor was drawn (and somehow wasn’t a miracle). In these cases it is still possible to downgrade. After a card was supposed to be revealed and wasn’t, if the card was ever in a position to be uniquely identifiable, we downgrade, even if it can’t be identified now.

Why do we downgrade? The requirement to reveal is not about giving your opponent strategic information, but only to prevent cheating. Wizards of the Coast R&D has stated in the past that if nobody ever cheated, no one would have to reveal cards when they searched. The advantage gained by committing this infraction is to be able to take some action illegally. If we can compensate for this advantage by potentially proving that the action is legal. If we can also give the opponent the strategic information they would have gotten, that is great, but it’s not required to be able to downgrade.

Imagine this scenario: the Active Player (AP) casts Personal Tutorand puts a card on top of the library without revealing it. If the Non-Active Player (NAP) calls a judge now, the penalty will be downgraded and the card revealed. If the NAP waits until the card is drawn, we don’t want the penalty to escalate. This creates an incentive for NAP to cheat and wait to call a judge until the penalty upgrades. Policy is written to take away this advantage. Instead we downgrade because the card was ever uniquely identifiable. And even though we downgraded, because we can no longer identify it from the rest of the cards in the hand, we do not reveal the card. We want policy to reward scrupulous play, and so the best possible outcome for the NAP is to call a judge as soon as possible.

Players tend to be cautious in this area because they understand how important it is. This makes Failure to Reveal a tricky infraction to understand well because of the unique combination of “doesn’t occur frequently at events” and “a lot of different pieces of complexity to understand”. Hopefully this article was useful. If you have any questions, feel free to reach out to me and I’ll be happy to help!