The original version of this article was published on January 6, 2016 on Your Mileage May Vary.

It’s been said that the Judge Program is a Cult of Self-Improvement. It seems that within that there is a sub-Cult of Long Windedness. Reviews today are just longer than they were 7 years ago. But does that mean we are better off? (This blog was going to include stats to back this up, but I… didn’t want this to get too long. Maybe I will write a follow up.)

There’s no question that the average review today is more substantive and full of meaningful feedback. It’s a natural consequence of our evolution as judges and our use of this feedback tool. But as a result, fewer reviews are being written. (The entire Judge Program is writing more reviews, but the average per judge has gone down.)

That’s feedback that is being left off the table. Hopefully, you’re still getting a chance to provide that feedback face-to-face, but if it isn’t making into the written form of a review, there’s still some lost momentum there.

In our modern Cult of Long-Windedness, there is a popular lament as to why a judge hasn’t written a review for another judge: “I didn’t have enough material.” Translation: “The review isn’t long enough.”

I’m here to call BS and lead a movement to remove this excuse from our vernacular.

I get it. I really do. More feels like “better.” I am probably the inadvertent leader of the Long-Winded Cult, and I know for a fact that receiving reviews from me has injected people with the false notion of what a review (or an “L3 review”) should look like. Just look how long this stupid blog post is!

Feedback ungiven just disappears into nothing. It’s a waste. So writing anything has got to better than sitting on an unfinished review that is “too short.” So with that, I introduce to you the titular concept of Flash Feedback. 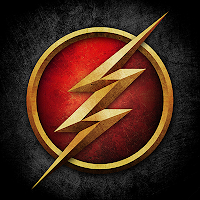 Just write that review. Don’t mind how short it is. In fact, work on making it shorter. Using Twitter has been a wonderful learning experience for me in terms of word economy, and I would like to set an analogous bar for Flash Feedback: 140 words (instead of characters). Challenge yourself to enter a review with 140 words or less.

Note that isn’t for all reviews. Some reviews should be longer and more in-depth. Ultimately, the goal is to be able to recognize what feedback should be long and what feedback should be short. Flash Feedback is about taking away the stigma of the “too short” review, and getting in the habit of entering your feedback, no matter how short you think the content is. In fact, you’ll probably find that you need to do some creative editing in order to get your Flash Feedback under the limit. That’s a great practice to get into in general, and will serve you well even when you write your long reviews, because the best writing should always be trimmed a bit.

Finally, here’s an example of a Flash Feedback review that I wrote. It is exactly 140 words, but that includes that first introduction line, and doesn’t include a link to this blog itself. I’m on the fence right now about whether to include those into my word count in the future, although I will definitely continue to mention that it is Flash Feedback. I’ve also omitted some biographical details about the event itself, which serve only to elaborate on the details that the drop down fields do not cover, and aren’t really a part of the feedback.

This is a Flash Feedback review.

You got appealed twice to me (I was Support Judge). 1st was a typical Kolaghan’s Command vs. Spellskite. 2nd was Ugin’s -X exiling colored artifacts. You were right and I upheld both times. We talked about how to explain rules to players by using examples that are related, namely Electrolyze vs. Spellskite.

I also showed you the system for tracking Warning numbers on slips. This is an underrated way you can help yourself remember to ask if a player has prior Warnings, and it can help the Scorekeeper.

Other than this, we only had short interactions, but I am left with the overwhelming impression that you are a friendly, hard-working judge. I’ve been told this by others, so it was good to confirm it for myself, and to put a face to the name.