Who hasn’t been called to a table because a player did something without communicating it explicitly enough and the other player assumed something completely different? Depending on the situation and the players, the situation can get confusing very fast. Here is one example:

Alice controls an Eldrazi Spawn token and says “Go” to announce her end of turn. Nicole casts [Card]Cryptic Command[/card] saying “Draw and bounce” and Alice puts her token aside without a word. When Nicole draws a card, Alice objects:
– Hey! You don’t get to draw! I obviously sacked my token! Would be silly not to!
– You didn’t say anything! I get to draw!!
– JUDGE !!!!

Considering this infraction a Player Communication Violation (PCV) in this situation would solve the problem of the extra card in Nicole’s hand without giving her a Game Loss (for drawing extra cards) and seems like a pretty easy solution… Maybe a little too easy?

Player Communication Violation is the correct infraction when a player gives false or incomplete information when he is obligated to do otherwise. The most-used example is when a player asks how many cards his opponent has and he unintentionally responds with the wrong number:

Alan casts the last card in his hand, Balance of Power (“If target opponent has more cards in hand than you, draw cards equal to the difference”) and asks Naomi how many cards she has. She says “seven” and Alan therefore draws seven cards. After a little while, Naomi notices that she only had six cards and they call a judge.

This is not Drawing Extra Cards as the drawing of too many cards was preceded directly by a Player Communication Violation (Naomi represented derived information incorrectly).

Another interesting situation illustrating PCV and something that could happen very easily:

Antony attacks with his Tarmogoyf. His opponent had just removed his graveyard from the game and asks Neal how big it is. Antony answers with “it’s a 2/3” and Neal blocks with his 3/3 creature. After damage is dealt and as Antony is putting his poor Lhurgoyf into his graveyard, he notices that he actually had three different card types in his graveyard and Tarmogoyf would have survived (being 3/4).

The current power and toughness of a creature is derived information and Antony was not obligated to answer his opponent’s question (until it deals its damage, that is). If, however, Antony decides to answer, he has to do it correctly… and he didn’t. In those cases, it is best to call a judge and let him figure out if and how to back up the game.

Player Miscommunication: They Only Understand What They Want

There is actually a multitude of different scenarios but most of the problems can be grouped in two different cases. It is always assumed that both players are acting in good faith and were not trying to play any mind tricks on his or her opponent. Problems related to mind tricks (e.g. a player tries to force a suboptimal play by his opponent) are a completely different kind of issue.

No communication: Both players assumed an action 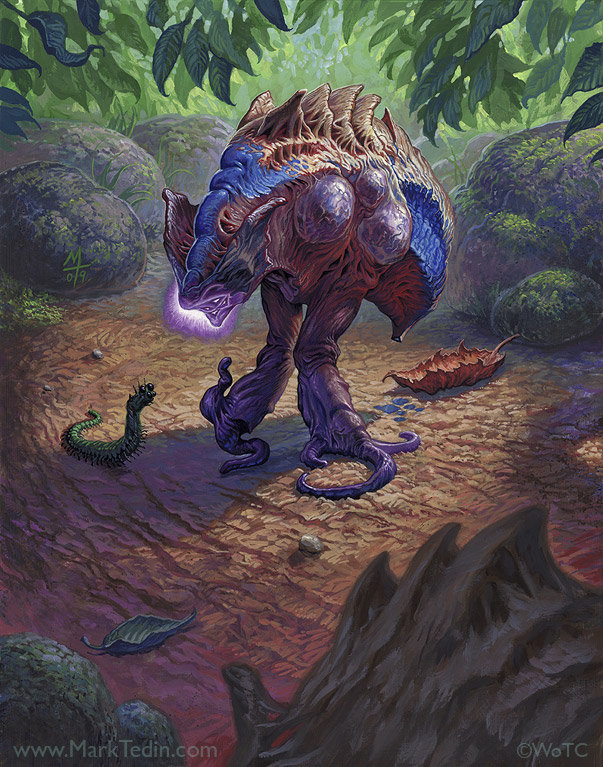 The Cryptic Command situation we encountered at the beginning of the article falls into this category. It is not Player Communication Violation because Nicole and Alice didn’t communicate about what was happening! In this kind of situation, it is actually normal for both players to interpret the action in the best possible light for him- or herself. Alice will have sacrificed her token while Nicole will have her spell resolve. A judge hearing the play independently will get two different stories. So how do we correct such a situation? Alice played sloppily by not announcing the use of the token’s ability, something the rules are very clear about, and most of the time the judge will rule in Nicole’s favor. The token was bounced and Cryptic Command resolved.

In most cases, if a player does not communicate his intention and it is misinterpreted by his opponent, the “default” action will be used. This is similar to a trigger with a “may” ability implicitly resolved by a player without any mention to his opponent. In this case, the trigger resolved without doing its effect as well.

Arnaud uses the [-1] ability of Jace Beleren after casting it, saying “I draw a card.” Neveal heard “Draw a card” seeing Arnaud working on his die. After drawing a card, Neveal asks: “Shouldn’t it have five counters on it?” Both players notice that something is wrong and call a judge.

At first, this could be seen as Drawing Extra Card(s). A player draws a card when he shouldn’t without a Game Rule Violation or Player Communication Violation infraction directly preceding it. However, this situation can not only be abused by Neveal but by Arnaud as well. If we believe the explanations of the players are benign, we should rule this situation as a misunderstanding between both players. We back up by putting a random card on top of Neveal’s library and caution both players to be more careful and communicate more clearly next time.

The whole problem of miscommunication is exponentially greater if both players are speaking different languages, resorting to signs and/or English to communicate, a language they may not be used to.

Alex, a German player in a vintage tournament, casts Demonic Tutor and waits for his opponent to respond. Nguyen, a Vietnamese player, says “okay” and Alex grabs his library to search for a card. Nguyen stops the player immediately and calls a judge. Nguyen has the habit of saying “okay” as meaning “It is put onto the stack, I’m thinking.” Alex has the habit of understanding “okay” as meaning “I let it resolve.”

In this scenario, both players hear the same word but interpret it differently. There are actually countless different possibilities and problems that can go wrong when players communicate with each other. As soon as we know the error was genuine, we have to handle each situation on a case-by-case basis. As a general rule of thumb, we go back to the point where the communication occurred (if caught in a very short timeframe) and let the player continue to play cautioning them to play more clearly from now on. There is currently no infraction for miscommunication so we don’t give them a penalty and we should not try to make this problem fit into another infraction just because we want to give them a Warning.

An Infraction for Player Miscommunication

Miscommunication between players can create complex situations, sometimes with the disclosure of hidden information (drawing a card, for example). We do not have an infraction for such behaviour and this raises the question: Do we need a new infraction to handle all types of miscommunication?

If we look at all the situations above it becomes apparent very soon that having a Tournament Error (which means that you only get one warning before it is upgraded to a Game Loss) or even a Game Play Error (you get two warnings before it is upgrade to a Game Loss) for something that can happen all too easily is not in the best interest of the tournament as a whole. Most of the time, those infractions would fester resentment towards the opponent because he played sloppily and “won” the argument or because he was perceived as a rules lawyer and got away with it. We don’t want players to be angry at each others when we resolve a misunderstanding.

What to Do with Miscommunication

We as judges should do our utmost to smooth those kinks over as best we can when the situation comes along. It may come to an “I say – he says” situation where we will be asked to use our judgement and our feel for the situation to rule. Being impartial and trying for the best and most consistent resolution of the problem independent of the game state is a service we are offering as part of the smooth running of tournaments. It is something players should feel comfortable asking for without the fear of being punished.