Communicating areas for improvement can be difficult. You want the judge you’ve been observing to improve, and you’ve got some ideas for them. Those ideas need to be communicated.

But successful coaching takes more than that. If you want a judge to act on your feedback, they need to agree with what you are saying. You need them to buy in to the ideas you are presenting; otherwise they are unlikely to take any action, defeating the desired result of your coaching. This requires sculpting your feedback, tailoring it to be received as intended and encourage this buy-in.

So how do you accomplish this? Let’s start with an example.

You are partnered with Jerome, an L1 judge on the floor of the main event of his first SCG Open. Even though he has little Comp REL judging experience, his rules and policy knowledge, his communication with players about rulings, his awareness of the needs of the event, and his degree of professionalism are more what you would expect out of a new L2. He is also positive and upbeat, and eager to talk over situations and get second opinions, bringing a lot of energy to the event.

Midway through the event, Jerome blows a call near the top tables. He is appealed and ultimately overturned by the Head Judge. This causes him to crumble. The spring in his step is gone, and he looks visibly distraught. He starts responding to calls more slowly, yielding to any other judge making their way toward the call even when he is closer.

It might be tempting to just tell Jerome that his error is not a big deal. After all, judges make mistakes on calls all the time, and he shouldn’t let this one instance get to him. However, I believe that this situation calls instead for compassionate coaching, an approach that involves three primary steps.

Envision yourself in the other person’s position. Think about your comments, criticisms, and suggestions for improvement. How would you receive them? If what you intend to say makes you bristle, is there another way to phrase it that puts you less on your guard? You want the judge to be receptive to your comments and ideas for improvement. If you wouldn’t receive those same comments and ideas well, your approach n

Remember that you are trying to help this judge improve. No approach should start with “here’s what you did wrong” or anything similar. That’s going to make most judges defensive, shutting them off to your feedback.

This next part is harder. We already talked about how you would react to your own feedback, putting yourself in their shoes, as it were. But, to torture the metaphor, what if their shoes don’t fit? You two are not the same person and are liable to react to things differently.

Remember that you want judges to be the best versions of themselves rather than to be crammed into ill-fitting versions of someone else.

In Jerome’s case, prior insights into his character can inform the feedback. Here is a judge who, with little experience, was performing at a high level. It’s likely a point of personal pride for him. His enthusiasm tells you of his love for judging, and his performance indicates that he is driven to do well. The visible shift in his demeanor after making an error could tell you that he feels his failure reflects poorly on him. That he now avoids taking calls tells you he feels inadequate or otherwise not good enough compared to the other judges on staff. He is letting the mistake get to him. Telling him simply to “stop that” is unlikely to work.

A good judge that is taken out of commission by a single bad call robs the event of that judge, and this is the point we need to convey to Jerome. You can tap into Jerome’s personal motivations by representing the ability to learn from mistakes and move forward as a characteristic of a quality judge. And you show him why this is a behavior he wants to incorporate into his judging.

You have to pay attention to how this judge behaves in different situations to learn something about what kind of person they are. Make your delivery something they will be receptive to. If this is something you are struggling with, remember that you can always talk with other judges to get their impressions.

You may have heard judges encouraging or otherwise emphasizing the importance of talking over your feedback with the judge you intend to review before submitting your review. You’re going to hear it again from me because it really is the best practice. 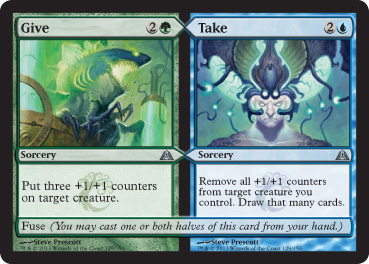 Obviously you still want to coach Jerome on his response to an error! Remember that you want him to be motivated to act on the feedback, and you can leverage his desire for excellence toward this end. You can also use this as an opportunity to ensure that your read of Jerome is accurate, perhaps by stating your observations about his apparent drive and then adjusting your approach based on his reactions.

You might learn that he has concerns about making mistakes in the presence of higher-level judges, worrying that any imperfection will impact his ability to be staffed on future events. These are items you would want to talk about, and they tie-in to the feedback you were originally going to give.

By engaging with your review subject directly, you have the opportunity to listen to their perspective on your observations. If you allow this conversation to inform your observations, you simultaneously increase the quality of your feedback and involve them in the feedback process right from the start, increasing their investment in the feedback.

Feedback should feel more like a dialogue than a lecture to you both.

People will generally not feel receptive to a laundry list of ways they could have done better. Even the most well-delivered, well-intentioned, and empathetic feedback can get bogged down by too many observations, losing the most important points in an ocean of information. While all of your observations may be valid, remember you want the judge to buy in and act on the areas you highlight. Too many talking points burdens them with a Sisyphean task.

You may have noticed some other items for Jerome to work on. Perhaps he was slow to sort a deck during a deck check, was a little abrupt with giving rulings, referred to himself as a “lowly L1” on at least one occasion during the event, and caved when a higher-level judge disagreed with him on a ruling even though Jerome was correct. All of these are items worthy of feedback. But if you deliver them all, you bury the lead on the most important ones with a discouraging quantity of challenges to confront.

In conclusion, coaching a fellow judge is similar to playing a game of Magic. Sure, you can build and play a deck that effectively ignores your opponent, focused entirely on your personal victory. But compassionate coaching isn’t one sided. Instead, it’s more like an interactive game of Magic, where awareness of your opponent’s past actions, such as cards played and resources available, helps you make better plays. That said, when you’re coaching a fellow judge, you do not have an opponent. You have a colleague. Your feedback doesn’t end with the delivery; your goal is to facilitate future improvement.

In a game of Magic, only one of you wins.
When you coach with compassion, both of you win.

One thought on “Compassionate Coaching”