or, “How RO(oo)Swell ended Well”

Out of order sequencing. For friends, just “OooS”.

Manna from heaven for players, long spoon for rules lawyers, pleasure and pain for judges, source of countless time paradoxes for the Multiverse. But what are they, and why they exist? From here, I’ll try and walk you through the distortions of the fourth dimension!

Technically correct is the best kind of correct “Magic is a complicated game”. This is how Matt Tabak opens the Comprehensive Rules (CR) Bulletins. And you are likely to run into it every once in a while.

Let’s start with a familiar scenario to everyone. I am starting my turn. I draw from my deck, I stare at the new card intensely hoping for it to transform into something else, then I untap my lands.

Raise your hand if you thought immediately: “You should have untapped FIRST!!!”

Correct. How many of you do a bit of both? How many would have stopped me for an infraction at a tournament? I guess “everyone” and “none”.

This is a classic out of order sequencing: if a player takes some actions in a “not-CR-order”, but the strategical impact is unaffected, while the outcome is clear, there’s no reason for hair-splitting. Let’s play Magic and have fun!

OooS is covered by a specific Communication Policy section in the Magic Tournament Rules; now that we have got a glimpse of it, let me introduce a synthetic form of the rule which will later come in handy (refer to MTR 4.3 for the full version).

Players are allowed to perform out of order sequencing, as long as:

All hail the Hypnotoad 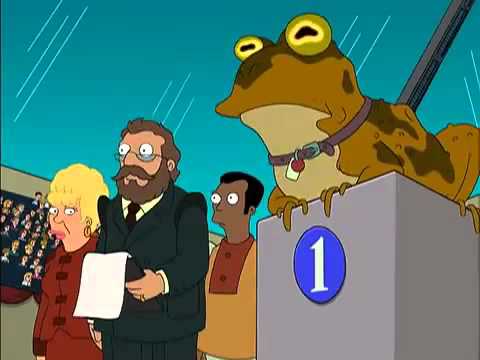 The Tournament Rules refer to “better understanding of the options provided from the rules of the game… greater awareness of the interactions… and… superior tactical planning” (MTR 4.1). Being able to gain a tactical advantage from rules knowledge is legal and needs to be rewarded. But this doesn’t mean that nitpicking needs to be rewarded; it means to reward an actual impact on gameplay.

For example, if my opponent is keeping {W}{G} open in order to make Kozilek’s Return’s triggered ability fizzle with Dromoka’s Command, they will find themself in a bad place; on the contrary, if they’re bluffing this play because they realized that I’m an unexperienced player, they deserve such an advantage.

Amy puts Thoughtseize into her graveyard.

Hypno: “Amy put Thoughtseize into her graveyard before I had my cards revealed”.

Around 2000s, this was one of the favorite reasoning in order to win games through Procedural Errors of an opponent… Someone realized it wasn’t healthy for the game and invented Ruling by Intent. Ruling by Intent is the x30 uncle of Out of Order Sequencing. If you’re reading the article, keep in mind it’s been written more than 10 years ago!

I hope you are not hypnotized by technicalities in such a scenario: either Hypno wants us to believe that Amy resolved Thoughtseize without any choice, or he hopes in a warning to make his opponent nervous, we can’t rule he’s right. Immediately moving Thoughtseize to the graveyard while waiting for its resolution has no actual impact and, for the purposes of gameplay, we’ll consider it on the stack.

In the unlikely event this could be significant (the opponent wants to respond with Memory Plunder), Hypno (or the judge) can ask to perform the sequence in the correct order for him to act appropriately. This is NOT an infraction; it is allowed by the rules for OooS.

Please, remember that a player is not allowed to ask for priority without making use of it (MTR 4.2): caution the players if their intent is just “breaking the game’s pace”.

No, just the two

In presence of OooS, gathering information as how the actions were performed and what the players communicated is of utter importance: as a rule of thumb, we don’t allow for ambiguity, while we privilege clearness of intent. Let’s see how a little detail can make a scenario evolve differently.

Leela: “Sacrifice everything”. She puts Scapeshift into her graveyard, then grabs her deck.

Rodriguez: “Leela put Scapeshift into her graveyard before sacrificing anything, so she resolved it for zero to me.” 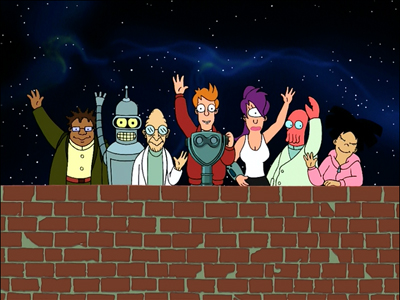 Answer: I hope we all agree that this is a blatant attempt to rules-lawyering from Rodriguez… The answer is yes, of course. Leela clearly stated what she’s doing and she’s not gaining any extra strategical advantage.

Leela puts Scapeshift into her graveyard, then grabs her deck.

Rodriguez: “Leela put Scapeshift into her graveyard before sacrificing anything, so she resolved it for zero to me.”

Strange as it may sound, this time is no. Does this mean Rodriguez is right? Not really. There are TWO actions to be analyzed here. The first one is putting Scapeshift into the graveyard, which is strategically negligible. The second one is grabbing the deck to resolve Scapeshift. The real problem here is Leela missing to declare how many lands she’s going to sacrifice. This would allow Leela to count the lands in her deck and decide for a number: this is a strategical information she can’t access by OooS. Leela committed GRV here: she needs to declare her intent, then she can resolve the spell the correct way.

Time to challenge yourselves!

Answer: Of course no. Barbara gets more strategical information by drawing first instead of discarding. There’s a reason if the card depicts an old madman and not a young prodigy. Please, investigate, and, if it’s not Cheating, fix for HCE.

Note. In this scenario, the appropriate HCE fix is the one for “If the error put cards into a set prematurely”. Barbara reveals her hand to Hermes, who will choose the “drawn” card (among the not already known ones, if any) that won’t be discarded, then Barbara will choose what to discard among the rest and finally she’ll put into her hand the card chosen by Hermes.

Carol controls Myth Realized and, in her first main phase, casts Dragon Fodder. Hubert immediately allows for it by saying “OK, you do it”.

So Carol puts two tokens on the battlefield and, immediately after, adds a lore counter on her enchantment.

Hubert opens his eyes wide and…

Hubert: “Carol had her tokens enter the battlefield before placing a counter on the enchantment. She missed the trigger!”

Carol: “What?!?! I did everything smoothly, you are rules-lawyering!”

Hubert: “That’s not the right way to do the things!”

Judge: “Hubert, let’s go away from the table for a while, so you can quietly explain to me the situation. Carol, don’t worry, I’m going to hear from you, too.”

The two players agree with the story above. OooS: yes or no?

Answer: Yes. Although Hubert can be right about the actions not being taken in the proper order, putting tokens on the battlefield first doesn’t grant Carol any strategical advantage about the action of placing a counter. Moreover, both players agree that everything was done as a single block of actions without any break, so OooS is applicable.
If Hubert needs to act in response somewhere in the middle, he can ask Carol to perform her actions with the proper sequencing.

Philip has got a Vault Skirge, an Arcbound Ravager with one +1/+1 counter and several artifacts. Morgan has got just a single copy of Vedalken Shackles on the battlefield. Philip attacks Morgan with Skirge, Morgan activates the Shackles to steal the Skirge. Philip grabs four artifacts in his hand, then double-checks Morgan’s Islands, which are four. Philip grabs his Ravager in the other hand and says “Sacrifice, put 5 counters on Skirge, so the Shackles fizzle”, then places Ravager into his graveyard.

Morgan: “Philip told he put 5 counters, but he sacrificed just the Ravager before putting all the other artifacts in the graveyard. In my opinion, he puts just one counter on his Skirge”. ), the use of two hands to put them in motion is a clever idea. It’s perfectly normal if, in the middle of an OooS, some of the intermediate game states look illegal; but the sequence will be completed when Philip puts the other four artifacts into the graveyard, too, and then the final game state will be legal. What Philip is not allowed to do at this point is changing the four chosen artifacts.

Timmy: “Life from the Loam”

Timmy puts Life from the Loam on top of his graveyard and grabs the whole pile to choose three lands.

Robot-Devil: “Timmy cast Life from the Loam without declaring targets. I said ‘OK’ and now he wants to take back three lands from the graveyard.” 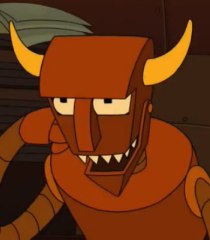 Answer: Definitely not, but this doesn’t mean that Robot-Devil is right…
Generally speaking, OooS is ruled out if someone does not declare targets and waits for the opponent to respond. We should investigate the situation and we’ll probably end up with a GRV. Although Lide from the Loam’s wording allows it to be cast without targets, a quick investigation determines that Timmy’s intent is not to abuse it, but just a mistake. He did want those three lands as targets, but he did it with the wrong timing. Forcing him to play his spell without any target would be a distortion of his real intent and the triumph of rules lawyering in a complex game that we don’t want to be ruled by this kind of behaviour.
We issue GRV to Timmy, educate him, and backup to let him correctly choose targets.

A long attrition match (untimed) between two veterans is underway …
Nibbler is really focused; he’s staring at his creatures on the board. Without asking Gleemax anything, he swings with 2 Runeclaw Bears, then turns sideways also Mutavault, taps a Forest, looks at his opponent and says: “Attack this way”

Gleemax: “Nibbler turned his creatures sideways to attack first, then he turned the land and wants to pay to animate it. I believe he has lost the timing to do that!”

Answer: Of course YES. True, MTR 4.2 defines the important and famous shortcut that any intent of attacking by the active player means to pass priority directly through the beginning of combat step. However, this is because Nibbler is not allowed to “trick” Gleemax into giving away if he’ll use Cryptic Command or not and then smash with an unimpeded Mutavault. Nibbler is taking actions as a single block here, without significant pauses that let us think he’s trying to get any extra information.

Note. I can almost hear your voices: “But what if Nibbler asked for attacking?” “And what if…”. Unfortunately, the what-if machine has not been invented yet and I’m not allowed to let you use it, so you should rather read Kevin’s article Attacking, Blocking and shortcuts as well as Toby’s article “Do not pass go”  for further details.

Answer: Raise your hand if you said ‘no’… Yet, we have a YES here 😀 Actually, it’s a OooS example even mentioned by MTR! Why do we allow for this?

The only reason for Gleemax to stand against this ruling is not being granted free damage (and maybe a saved removal) by his exploitation of technicalities. So this ruling is consistent in philosophy with the previous one.

Before saying goodbye, I’d like to thank Jacopo Strati

for encouraging me to write this article and, together with Andrea Mondani

, for the precious and thorough review of the original Italian version!

for their efforts in getting the international version of this article published and, last but not least, to Kevin Desprez

for the final review and for hosting it on his personal blog!

I hope that, after this reading, becoming your own grandfather/mother will be the only time paradox too scary for you! If you have questions about the article, you can reach me out via Facebook or Judge Apps… Maybe my address will be still working in the 3000s!