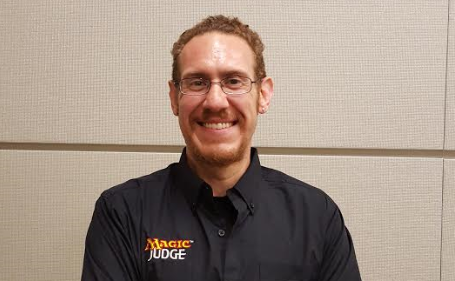 (Georgia, USA), who passed his Level 3 panel this past weekend. His Regional Coordinator, Nicolette Apraez

, wrote the following words about him:

[cets_callout_box style=’gray’ align=’full’ title=”]Nik has been a leader in the Southeast Region since before I even moved to Atlanta 3 years ago, and he’s been the “Go-To” Judge in Georgia for as long as almost any of the judges here can remember.

This year, he took on the role of Education Captain for the region, and helped empower judges to run L0-L1 and L1-L2 classes both online and in person. He’s spread his wings, and the amazing mentorship and leadership that was Atlanta’s secret has spread to the entire region, and even across Regional boundaries. He’s a great judge, an awesome mentor, a devoted husband and father, and an all around “fungi”!

That’s a science joke, because in addition to all that, he also has his Doctorate and works as a Research Toxicologist at the Centers for Disease Control and Prevention! If you haven’t met him, you are missing out on great company and some awesome Dad jokes.[/cets_callout_box]