A common piece of feedback requested about the Exemplar Program is examples of good nominations. That's one of the reasons we try to highlight a few excellent nominations after each wave has been posted, so other judges can see what can be done. With wave 6 being published, it's time to focus on nominations that the Exemplar team would like to highlight. This time, with a twist: we aren't showing only why the team thinks a particular nomination was awesome, but also why the nomination was very meaningful

In this update, the Exemplar team talk about some nominations from the latest wave they particularly enjoyed. Don't forget, Wave 6 ends Aug 2nd, 23:59 PST

Check out some very inspiring Exemplar nominations from Wave 4 and see what makes a great nomination tick! 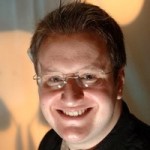 Join Eric as we highlight some nominations and expand upon some stories of Judges and their impacts on those around them.